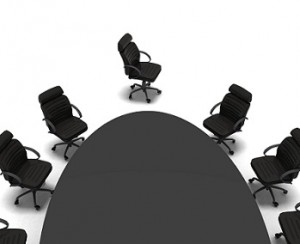 It is not uncommon for wives or husbands, or de facto partners to be appointed as a director of a corporation for taxation or other purposes. It is important that people being appointed as directors understand their rights and obligations. Directors Duties: What Spouses Should Know.

Pursuant to the Corporations Act, company directors have a number of duties that they must comply with. Failure to comply with duties or to act diligently may result in having to pay compensation to the company.

The following are examples of rights and obligations that can be relevant in family law:

One of the foremost duties of directors is not to let their company trade insolvent. Upon the realisation that their company is trading insolvent, a director should take steps to ensure they do not continue to trade or otherwise appoint an administrator.

It is no defence for a director of a company that is trading insolvent to say that they were not involved and were a silent party, per Rema Industries and Services Pty Ltd v Coad & Ors (1992) 10 ACLC 530.

Of particular note is section 588G of the Corporations Act. 588G puts financial responsibility for losses on directors when a company is trading insolvent.

If a director realises that the company is trading insolvent, they should decide whether or not to stay on as a director and either resign or take steps to halt trade. Ignorance of the company finances is no excuse.

As it has been held that directors cannot absolve themselves from liability for insolvent trading by an assertion that they were merely a nominal director and took no part in the company’s affairs, this development in the law is particularly relevant to a wife who is only nominally a director of a company which conducts a family business. As the judgment of the Full Court in Morley notes “… the days of the sleeping, or passive, director are well and truly over.”

Directors Duties: What spouses should know as a result directors also have rights of access to company documents in order to comply with their duties. This is a right that the director may action. It is up to the person denying access to show why a director should not have access to documents.

This may be helpful to a spouse director where a party is not allowing access to documents or is stalling or not compliant with their duties of disclosure under the Corporations Act.