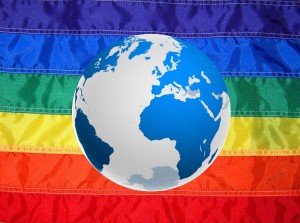 Once the bill becomes law, the NSW government will recognise overseas same-sex marriages in NSW. The implications are purely that of recognition. NSW has already referred its de facto law-making powers to the Commonwealth; the Family Law Act 1975 grants property rights to de facto couples regardless of sexual orientation.

The Act will eventually mean that same-sex couples married overseas can register themselves as ‘married’ on the register of Marriages in New South Wales.

One curiosity is this: if a same-sex couple in NSW wants to formally divorce, then they would need to do so in the jurisdiction in which they were married, and not in NSW. This would of course carry implications for wills and estate planning, and if they wanted to remarry. This however is largely academic, as such scenarios would not apply in Australia until the definition of marriage is changed to recognise same-sex couples. For now, they would need to marry and stay in a jurisdiction which allows same-sex marriage or recognises same-sex married partners in estate disputes.

In Western Australia, there is no recognition of overseas same-sex marriage. Western Australia has not referred its de facto law making power to the Commonwealth. De facto relationships regardless of sex are dealt with under the Family Court Act 1997 in WA which has similar provisions as the federal Family Law Act.

A bill for same-sex marriage has been proposed in the Western Australian Parliament. It is available to read here.