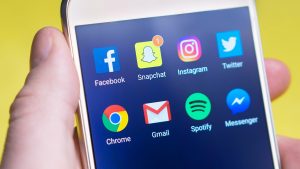 Social media, in its various platforms, including Facebook, Instagram and Snapchat has pervaded and arguably intruded in all facets of modern life in Australia.

Indicative of this, a recent report by social media tracking website SocialMediaNews.com.au finds that, out of an estimated population of 25 million, 60% of the population are active Facebook users with 9 million active users of Instagram and 6.4 million Snapchat users.

While these platforms provide users with an incredible ability to network, share stories and keep in touch with one another in real time, social media has also both empowered and provided a platform for those with ‘an axe to grind’, allowing them to vent to a wide audience easily and quickly.

In the context of Family Court proceedings social media is now a key source of evidence, providing an insight as to the nature of relationships with everything posted or sent by an individual, including private messages on platforms such as WhatsApp, the subject of close scrutiny.

Furthermore, posts and messages containing negative and critical comments about a spouse during the course of Family Court proceedings can not only be used against a party in court but can be detrimental to progressing a matter towards resolution.

In Lackey & Mae [2013] FMCAfam 284 Federal Magistrate Neville, as he then was, referenced social media use finding that:

“An unfortunate and increasing feature of modern litigation, particularly but not exclusively in family law, is the use of ‘social media’. While it can be used for good, often it is used as a weapon, either by one or both of the parties, and by their respective supporters.  It is a veritable ‘Aladdin’s Cave’ which parties (and lawyers) readily and regularly explore for (invariably incriminating) “evidence” to be used in litigation…”

and that some posts are:

“Often, they are very cowardly, because those who ‘post’ such derogatory, cruel and nasty comments (regularly peppered with disgusting language and equally vile photographs) appear to feel a degree of immunity; they think they are beyond the purview or accountability of the law…”

Social media and messaging platforms have brought everyone closer together and are an excellent way to engage with friends and family. It is important to remember that anything you post on these platforms can be retrieved and is potentially there forever and could be used against you.

In light of the observations of Federal Magistrate Neville and subsequent case law, if you have any doubts about the material you intend to post or the message you want to send. And if doing so could have negative consequences in Family Court proceedings, perhaps you should reconsider or seek the advice of a family lawyer first.