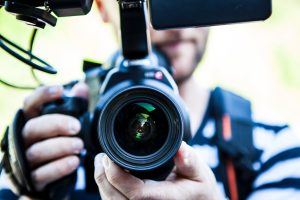 Can video recordings be treated as wills?

The Supreme Court of Queensland recently ruled that a video recording can be a valid Will within the meaning of S18(2) of the Succession Act 1981 (QLD).

In this case the deceased purchased a motorcycle.  His partner implored him to make a will prior to picking up the bike. In his own words, the deceased was “too lazy’ to make a will so made a video recording leaving everything to his girlfriend.  In the recording, the deceased said he would “fill out the damn forms later”. In the video the deceased made it clear nothing was to go to his soon to be ex-wife.

The deceased crashed his bike later that day and suffered serious injuries.  He died 14 months later.  As a result of his injuries he never did fill out the “damn forms”.

The partner of the deceased applied for orders that the video recording was a document that formed a will within the meaning of the Qld Succession Act, because it purported to state the testamentary intentions of the deceased and he intended the recording to form his will. The application was opposed by the deceased’s former wife.

The court also found that the video purported to state the deceased’s testamentary intentions:

The court then assessed whether the video recording should without more operate as the deceased’s will and found that that was the case.  His intention was to make it before he picked up the motorcycle, and he said on the recording that it was made and the dispositions said by him made “if anything was to happen to him”.

Although this case was successful and the video recording was held by the court to be a valid will, significant legal costs were no doubt incurred by both parties, ultimately diminishing the funds in the estate.

The outcome was also very much dependent on the particular words used and the outcome may be different in other cases.

The costs of having wills properly drawn up by a legal practitioner are far less compared to the significant legal costs incurred in bringing an application to the court to establish an informal document is a valid will.

One should not be persuaded to follow the path to freely make wills that are not in conformity with the formal requirements of the legislation.