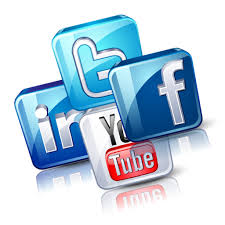 In today’s society, a majority of people rely heavily on social media interactions. Forums such as Facebook and Twitter are used by an average of 9 million Australians per day. Information about the daily happenings of people’s lives, the food they eat, the places they visit, the feelings they feel are uploaded for others to see. ‘Netiquette’ generally exists however given that there is no regulatory body on these sites, anything goes.

It is common for people to use these forums as an area where they express their moods/emotional states/feelings about their exes. This has proven detrimental, particularly when involved in Family Court proceedings.

When views are published, and despite “privacy settings” that exist, you are unable to control who gets hold of these views. In matters where parent A is seeking contact time with the child/children of the relationship, the Court looks at the ability of parent B to facilitate this contact and a meaningful relationship between the child and Parent A (amongst other factors). As such, Facebook/Twitter posts that slander the other parent are not symbolic of this ability and can be very hard to undo once up and in the hands of an interested (or nosy) third party who may then pass on to others. You may later find them attached to Court documents submitted in your matter, and you are left trying to figure out how this came about because your settings are on “private”. These documents are then read by lawyers, Magistrates/Registrars, Judges, and Court Experts appointed in your case. As lawyers, we receive these social forum views openly if made by another party, but scorn them if they are made by our own clients.

In a 2008 Family Court decision, a Father’s credibility was affected and proof of him breaching a court order was presented to the Court. Orders existed for the Father to spend time with the child only in the paternal grandparents’ home. On this particular day, the Father posted photos of him and his child at the beach. During cross-examination at Trial, the Father was asked if he had ever taken his child to the beach on his own. He responded no, only to then be provided with the Facebook photos.

In a 2010 Family Court Decision, a mother posted a status update about intentionally prolonging proceedings unnecessarily. This was presented to the Court by way of the Father’s evidence, and the Mother was made to pay $15,000.00 of the Father’s Court fees.

Social media forums and the posts on them are not a joke. These cases serve to be examples of how these forums can be used in Family Court proceedings. At the moment, at least 1 in 5 cases in the Family Court have some Facebook posts presented, which serve to impact on the credibility of either party. Please be aware of this, and be careful what you write, as it can and will be used against you.

This post was written by Mary Basta, Family Lawyer at Culshaw Miller Lawyers.

Please book in for your initial consultation to find out more information.