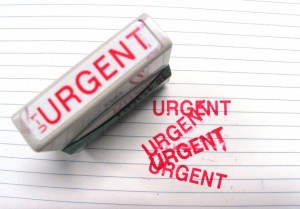 Whether in the Federal Circuit Court or Family Court, it is common place that a party to a family dispute finds themselves in a situation where it is necessary to act quickly in response to an unforeseen event, making an urgent Family Court Application for Parenting Orders

The appropriate action might be to seek court orders to enforce an existing order or provide injunctive relief. In situations such as this, it is of critical importance to take prompt and direct action.

A common example in respect of children’s issues is where a party is being denied access to a child by the actions of another party. In such instances, it may be necessary to seek a ‘recovery order’ by way of an urgent application to the court. This is the case irrespective of whether court proceedings are underway.

Part of the frustration for carers in such circumstances is that despite there being either interim or final parenting orders in place, a new application must be filed with the court seeking enforcement of existing orders and/or that a recovery order be issued.

Almost without exception, it is only when the court directs that a recovery order be issued that the Australian Federal Police will intervene in the context of a family dispute to recover a child. It is often the case that the court orders that the other party ‘delivers up’ the child and in the event that they fail to do so the recovery order be issued, after which it is reasonable to expect a relatively quick turnaround.

There may be a need to seek that the orders be made ex parte (in the absence of the other party). The court’s powers are limited in this respect, so it is important to include sufficient information in support of the application, or the court may be reluctant to make the order being sought without first hearing from the other side. Among the issues to address in the supporting affidavit are:

Ensuring Your Application Will Be Heard On An Urgent Basis

The same logic applies when requesting that the court take any kind of urgent action in respect of family disputes, be it hearing a matter on an urgent basis, making an order preventing a party from interfering with assets of the relationship, or preventing a party from travelling with children. Broadly speaking, making an urgent Family Court Application for Parenting Orders to the attention of the court and raise a convincing argument that urgent action is warranted and necessary in the circumstances.

If filing at the court registry, a short one-page covering letter which encloses your urgent application and supporting affidavit can be used to highlight to the court staff the urgent nature of the application, and is often a good way of securing a priority listing in the court.

Contact the family lawyers at Culshaw Miller in Adelaide today for more information.