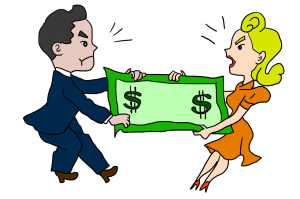 Thorne & Kennedy [2017] HCA 49 is a decision of the High Court of Australia whereby a Binding Financial Agreement, or ‘pre-nup’, was set aside.

So what good are pre-nups if they can be set aside?

To answer this question, it is important to understand the background to Thorne & Kennedy.

In this case, the parties met on the internet in 2006. Ms Thorne was 36 years old, with no substantial assets, at the time lived in the Middle East. By contrast, Mr Kennedy was 67 years old and held assets with a value of approximately $18 million.

In February 2007 Ms Thorne moved to Australia, and on 30 September 2007 the parties were married.

Shortly after the marriage the parties entered into a ‘post-nuptial’ agreement pursuant to section 90C of the Family Law Act. Ms Thorne again signed against independent legal advice.

Agreements gave the wife a lump sum of $50,000 (CPI indexed) in the event of the parties’ relationship breakdown if they had been married for a minimum of three years.

After four years of marriage, the parties separated and Ms Thorne applied to the Federal Circuit Court for the agreements to be set aside. Ms Thorne was successful at first instance, with the primary judge setting aside both agreements for unconscionable conduct and undue influence.

The decision of the primary judge was based on a number of factors, including:

Mr Kennedy died during the proceedings and on his behalf his estate appealed the primary judge’s decision. This application to uphold the agreements was allowed.

So are Binding financial agreements enforceable?

The short answer is yes, subject to many conditions being met.

The Family Law Act 1975 (as amended) allows married and de facto couples to enter into a Binding Financial Agreement (‘BFA’) before marriage or cohabitation, during marriage or cohabitation, and after a relationship breakdown. BFAs provide a way for people to protect their assets before getting married or entering into a de facto relationship and set out the division of the couple’s assets should they separate.

Each party to the BFA must enter into the BFA of their own free will and be fully informed as to the advantages and disadvantages of entering into the agreement. Each party must receive independent legal advice about the BFA.

Contact the family lawyers at Culshaw Miller in Perth or Adelaide today for more information.